Exceedingly rare Shocktech Image Trix. Less than two dozen were made according to Danny Love, however, less than a handful have ever been seen in circulation. These were made for Image on the onset of tthe 2001-2002 PSP & NXL season when they diffracted from Baltimore Trauma. They were built personally by Danny Love in true BBT era fashion for the team, and were not released to the public. It comes outfitted with AKA regs, Image II kit, 14" DYE Ultralite. The last time it was aired up it shot ball on ball ropes, but that was a while ago. It will probably be best to reset the regs, etc with your choice of HPA system. Its been a wall queen for a few years now. It's in great cosmetic condition, I'd give it a high 8/10. Has a very small scuff on the breech, and a small scratch on the left rear side but overall it's in excellent condition. Serious buyers only please. We don't mind keeping it if we're being honest. 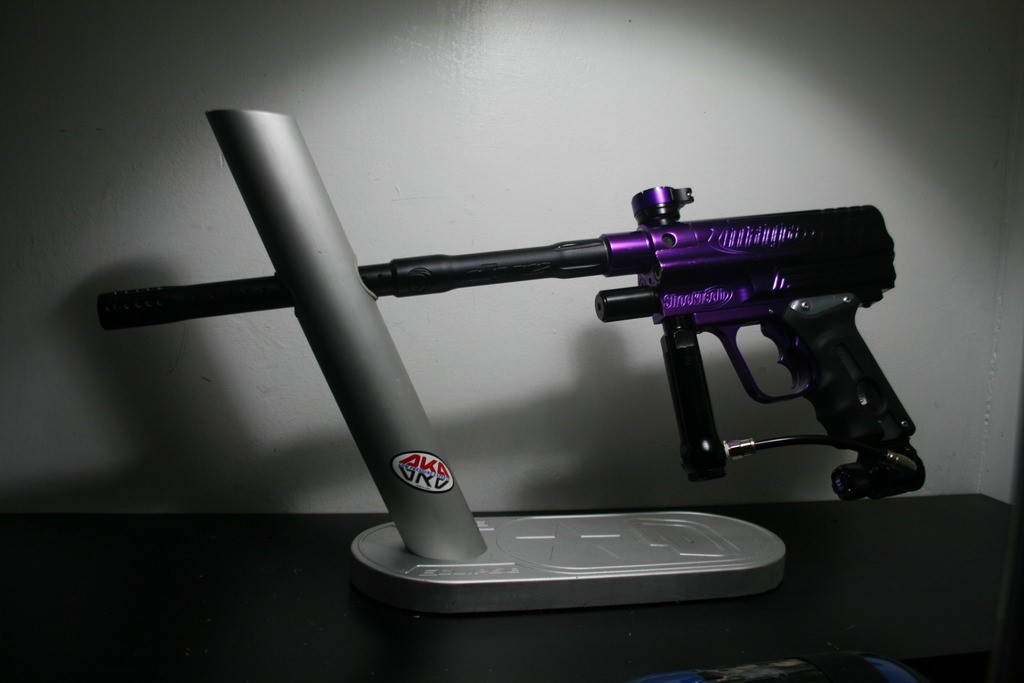 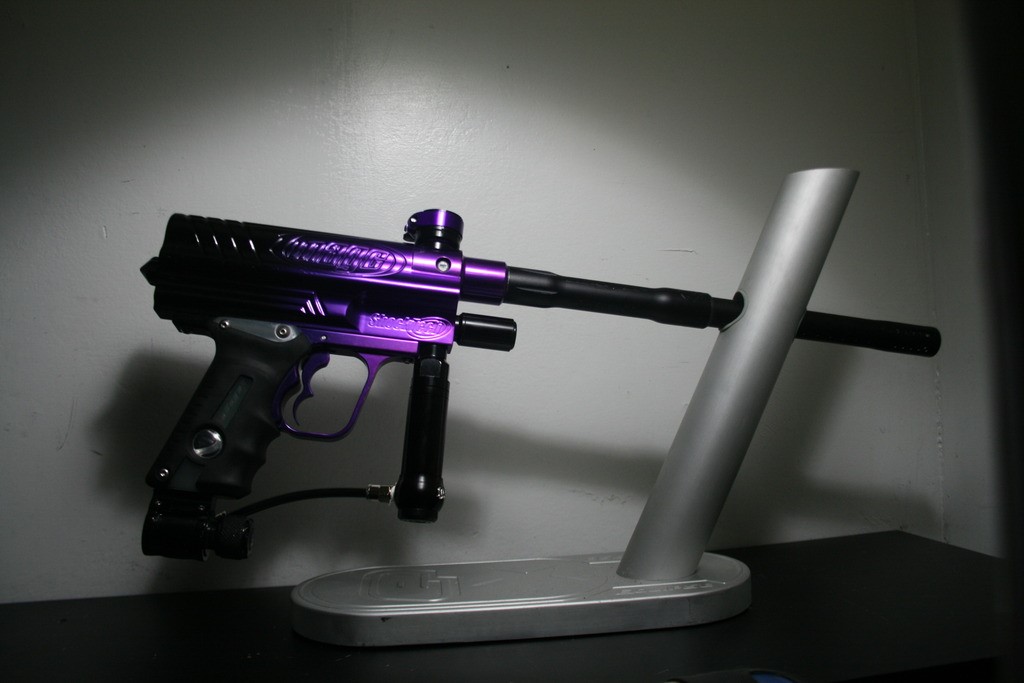 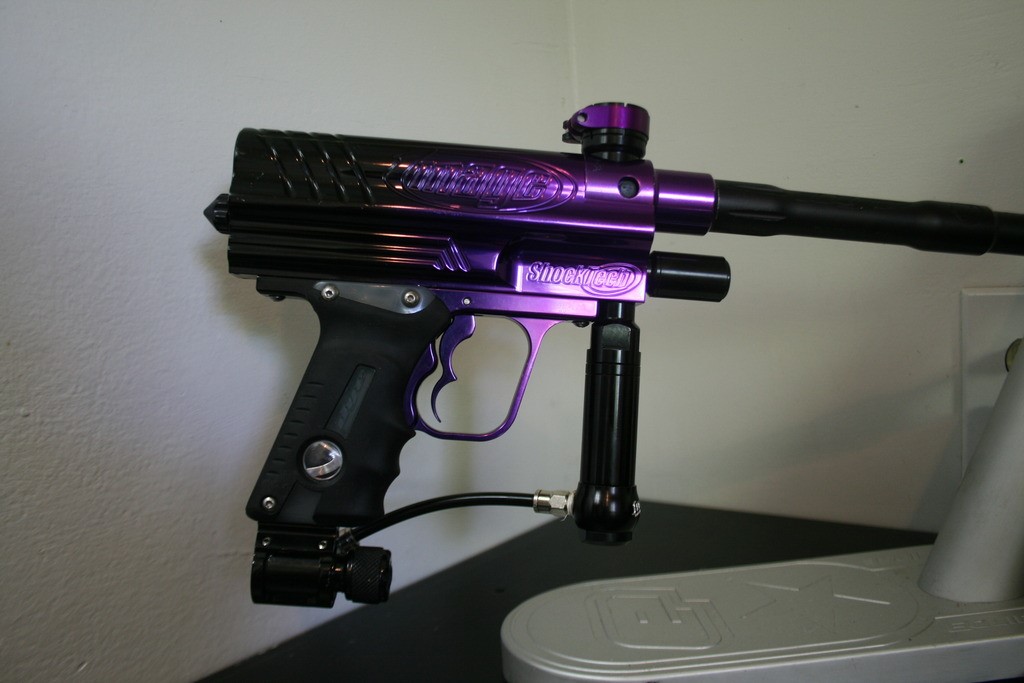 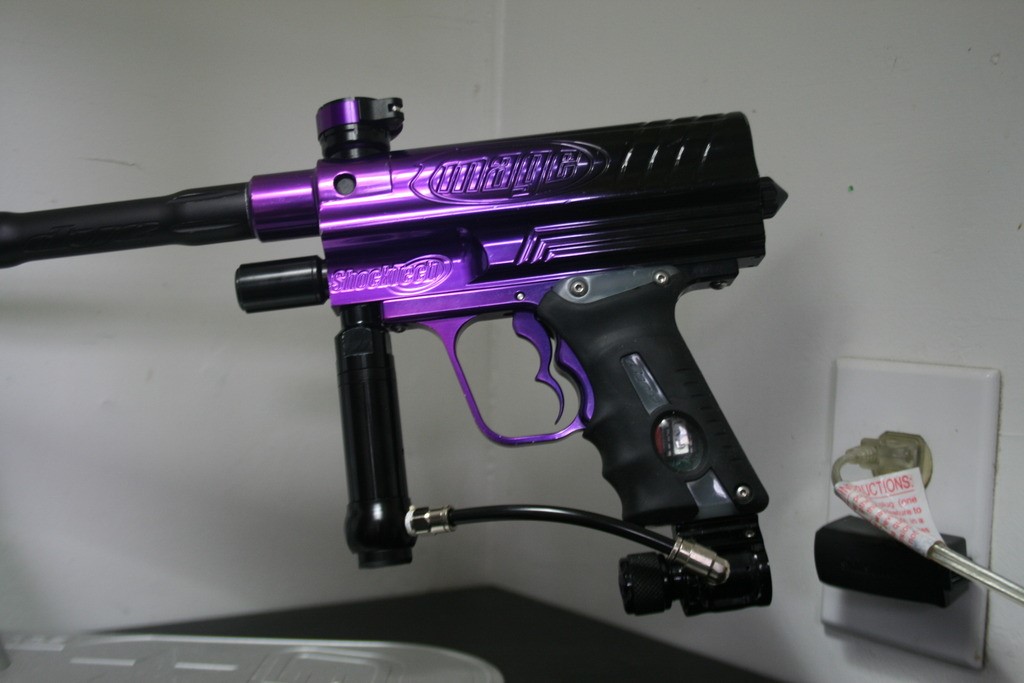 Item will ship insured and with Signature Confirmation via USPS Priority 3-day.